It started over 10 years ago at the ripe age of 22, Tyrell Hendrix walked into a gym and laced up a pair of gloves. With limited experience and only 8 amateur fights Tyrell decided to take his talents to pro rankings.

After winning the amateur novice golden gloves. Tyrell had his pro debut it ended with a victory win , a ko in just 59 seconds in the first round. He then worked his way up the pro ranks. With total of 12 fights Tyrell put it all on the line for the vacant world WBF title in which he had 7 time trainer of the year Freddie roach help him get prepared, he lost that fight by tko in the 8 round.

Thought about retirement but continued to fight on on the biggest stages with Top promoters Golden Boy, Top Rank, Loue Dibela and the biggest stage is the 2014 fight when he fought on the FLOYD MAYWEATHER vs Marcos maddiana under card.

Shortly after he retired with a total of 22 fights 7 losses and 3 draws , Tyrell Hendrix has now taken his talents over to Box’ N Burn to share all his knowledge and experience with all the great members of BNB. 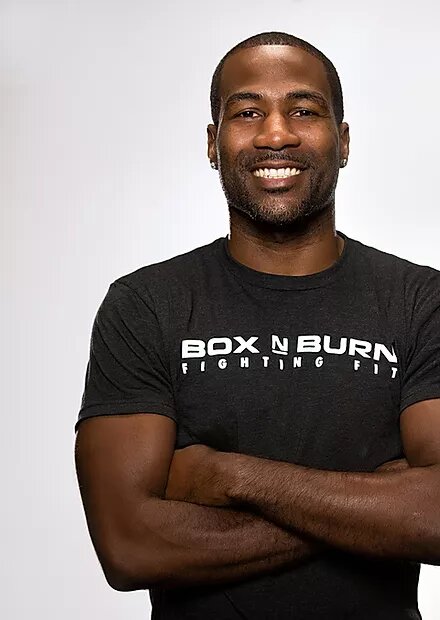