Growing up in New York, Frank began playing sports at the age of 4: football, wrestling, baseball and rugby, to name a few. Frank went on to wrestle at Syracuse University for 2 years before multiple nagging injuries forced him to retire.

Frank also began officiating sports when he was 12, mostly baseball and football, which allowed him to stay involved in sports after his athletic career was finished. Officiating has allowed Frank to see athletic movement from a unique perspective, with an attention to detail that he brings to his clients’ programs and his own training.

After a serious motorcycle accident laid him up for months, Frank developed a new appreciation for the human body; training to prevent and recover from injuries, while improving performance became imperative for his clients and himself.

He also began training avidly in Boxing and Jiu-Jitsu, dedicating his life to fitness and helping others achieve peak performance in whatever they choose to do.

No matter what your potential is, whether your an athlete in a top NCAA D-I program, an ex-NFL athlete trying to stay at your peak or you’re trying to get out of pain to keep up with your kids, Frank will design a program to get you there and beyond.

Frank takes great pride in coaching people of all fitness levels and to him, there is nothing better than seeing someone improve beyond what they previously believed to be possible.

Come train with Frank and our Box N Burn team and let’s redefine your limits together! 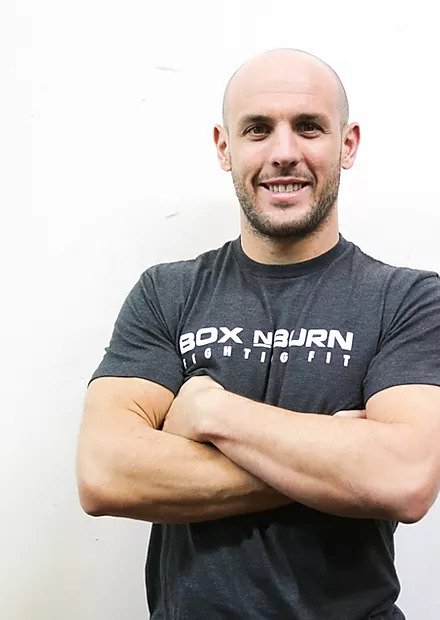